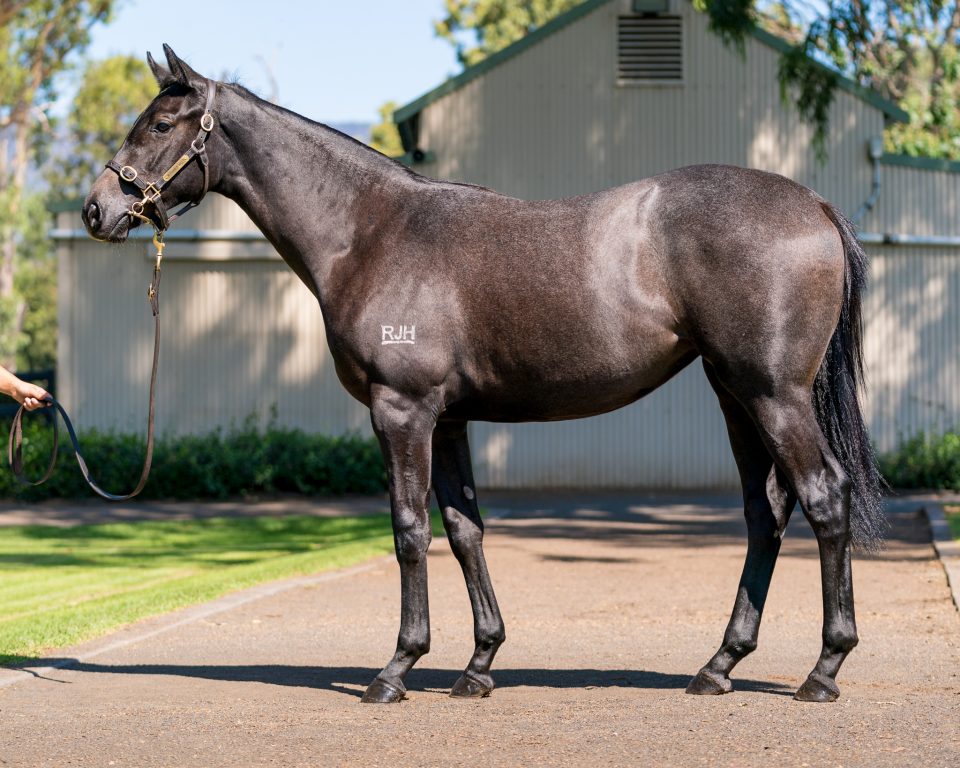 Half-sister to the stakes winning and Group 3 placed mare OUR CROWN MISTRESS, who from 11 starts won 5 times including 4 in succession.

The More Than Ready X Fastnet Rock mare cross is 70% winners to runners, including the Group 3 winner READY SET SAIL.

The 3yo half-sister by Zoustar called Nangami is with Ron Quinton, and trialed nicely March 14th behind Merlinite, and again on the 29th behind Glamour Cat. 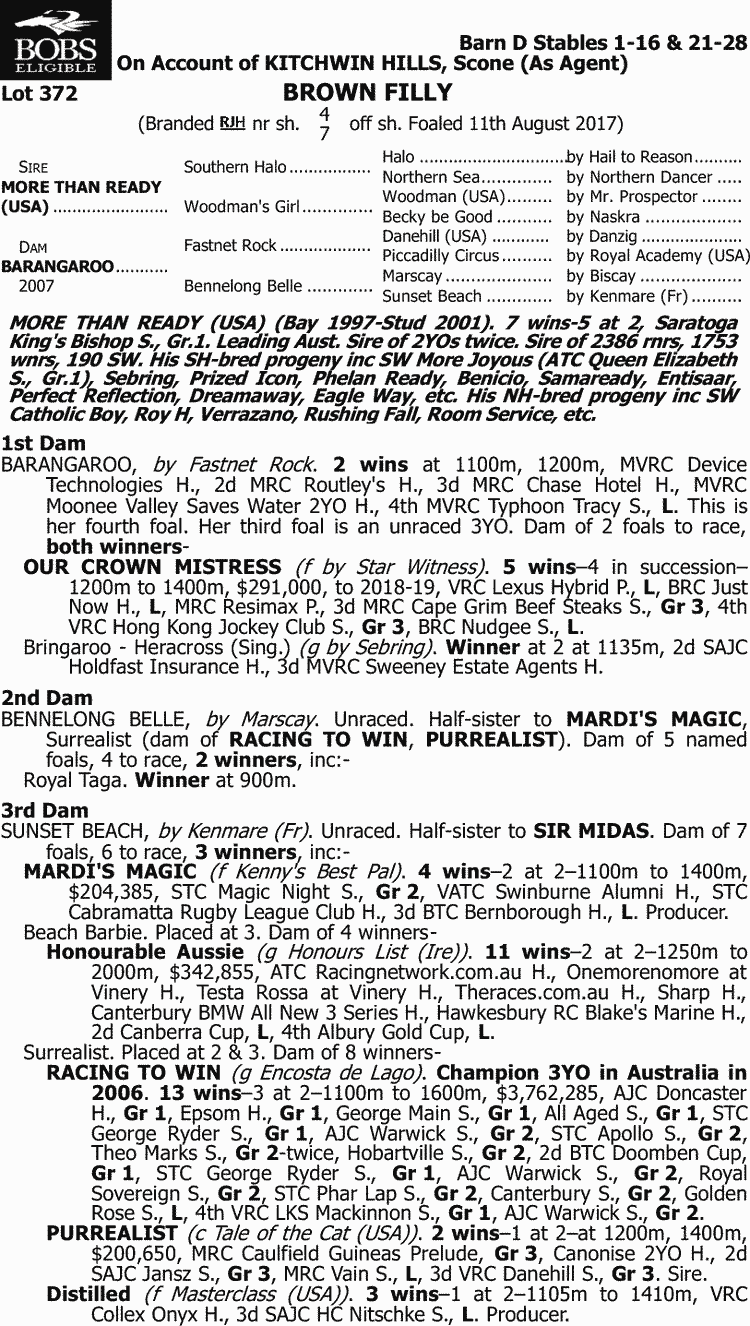