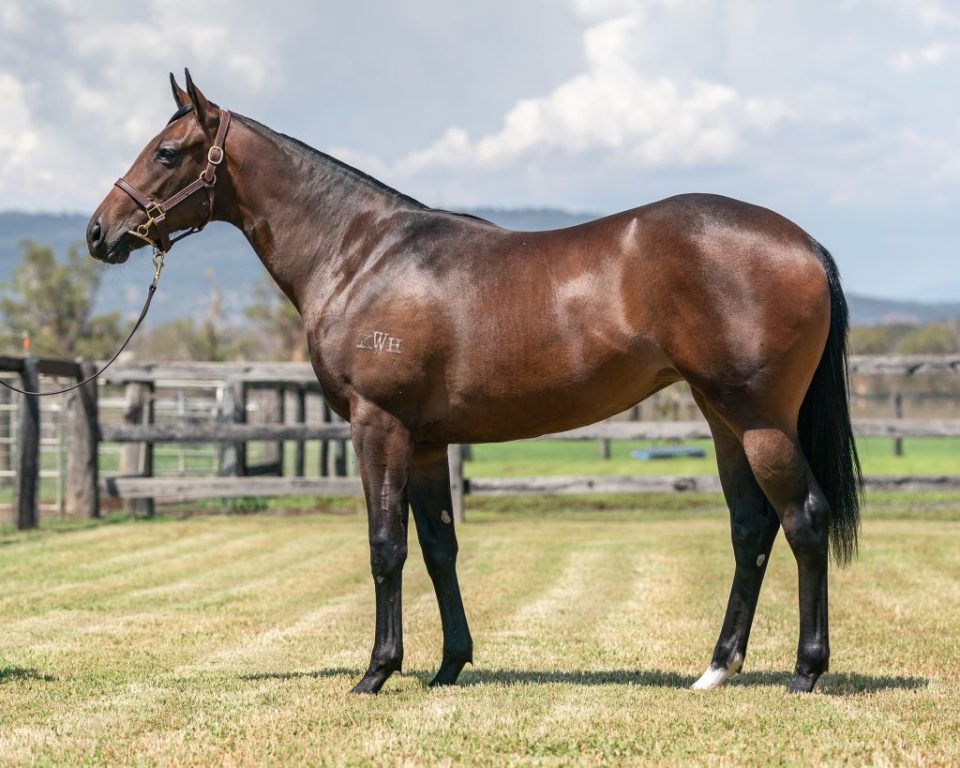 Robust filly by Hinchinbrook who is still going enormous at stud posthumously with another recent Group 1 winner in Hong Kong with Beat The Clock winning the Centenary Sprint Cup.

Likewise the 2yo Hinchinbrook filly Cellsabeel looks well in the calculations for the Golden Slipper and other major 2yo features.

Her 2yo half-sister Time For Peace has already been up and going, running fourth in the Wyong Magic Millions and doing a good job for her first preparation.

This Hinchinbrook filly looks a sharper version of her sister and will no doubt show that similar precocity.

The Hinchinbrook/General Nediym mare cross has produced the speedy Group 3 winner Flippant a winner of over $650,000.