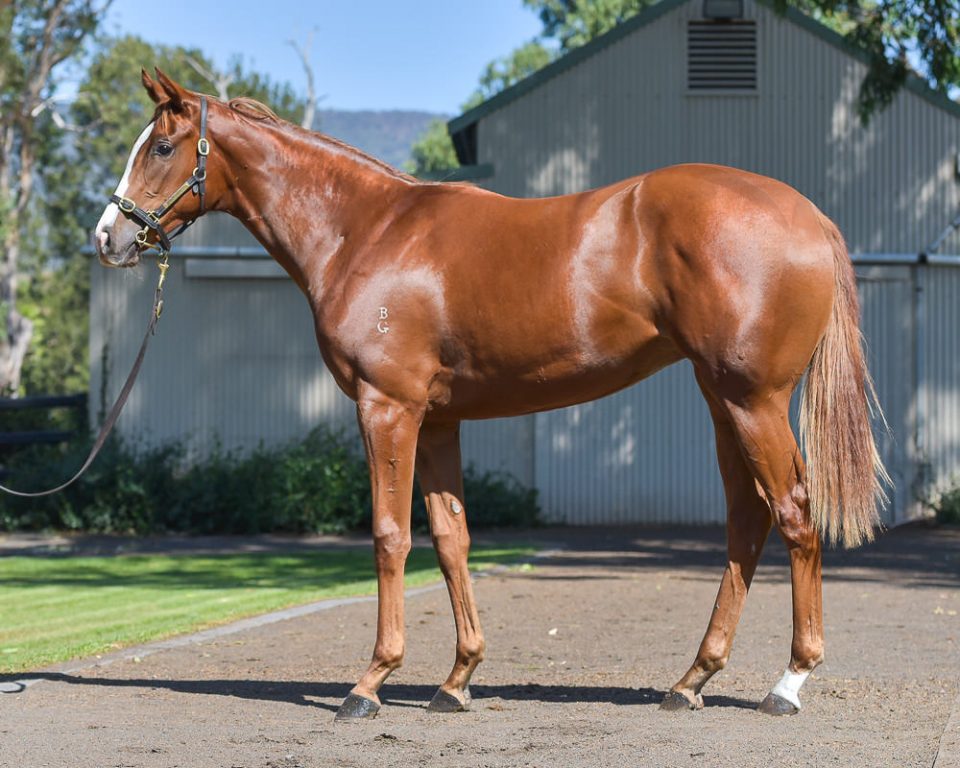 This filly is bred on the same More Than Ready/Danehill cross that has already produced 7 individual Group 1 winners, including the top-class fillies DREAMAWAY, MORE THAN SACRED, and ENTISAAR. In all, the progeny of More Than Ready from mares by Danehill, his sons, or grandsons, has given us 70% winners, and 8% Stakes winners to runners, from over 400 runners.

This daughter of the Rock of Gibraltar (Danehill) mare Magic Fingers is closely related to NOT A SINGLE DOUBT and ZIZOU, as well the Stakes-class speed fillies LADY JIVAGO, Natural Is My Name, Singles Bar, Hanky Panky, Slumber Party, FUN IN FLIGHT, and COME HITHER.

More Than Ready has sired 10 runners from Rock of Gibraltar mares and 60% of those are winners and include the speedy juvenile filly Major Conquest – 2nd in the Group 2 Magic Night Stakes.

Since this catalogue was printed Oohood who is from this filly’s immediate family, has added some valuable black-type to her resume, including a 3rd place in the Group 1 Blue Diamond Stakes and was 2nd in the Group 1 Golden Slipper.