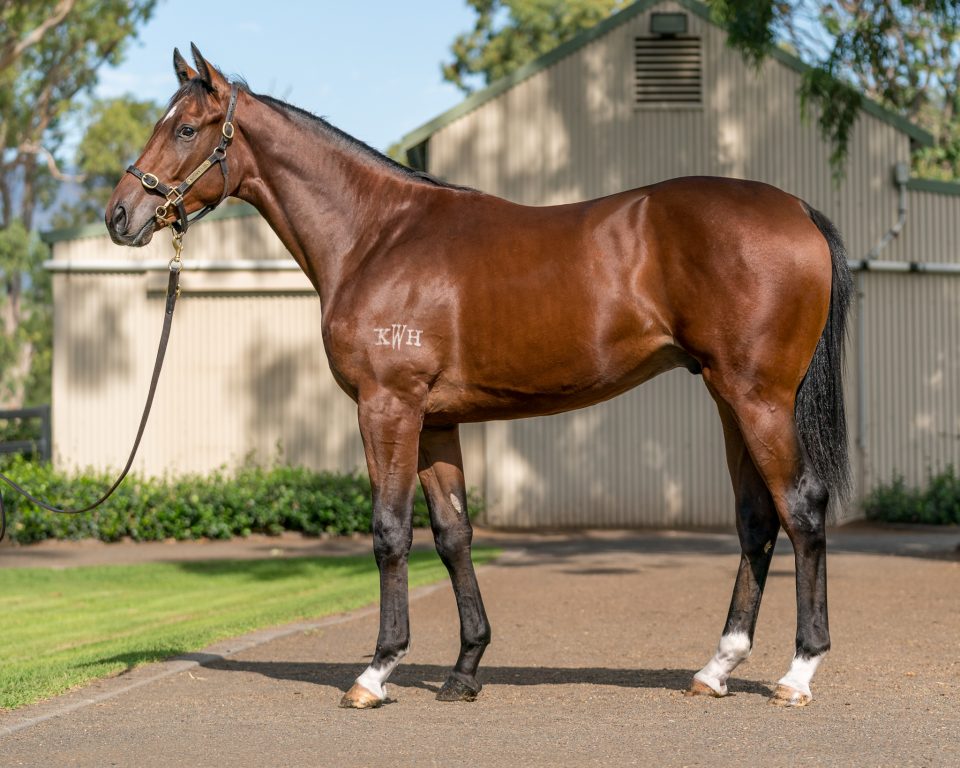 This colt is a half-brother to the $1 million I Am Invincible colt sold at Easter last year to the Hong Kong Jockey Club.

Medaglia D’Oro and his sons over Danehill line mares have proven themselves time again with the likes of Astern, Crown Prosecutor and even more recently in Golden Slipper contender Tenley. The cross operates at 60% winners-to-runners.

Vancouver was the champion 2yo Australian colt in 2014-2015 with four emphatic wins over his first year on the track taking out the Breeders Plate, Todman Stakes, Canonbury then culminating in the Golden Slipper Group 1 defeating English.

A strong colt with a real presence out of a terrific racemare. 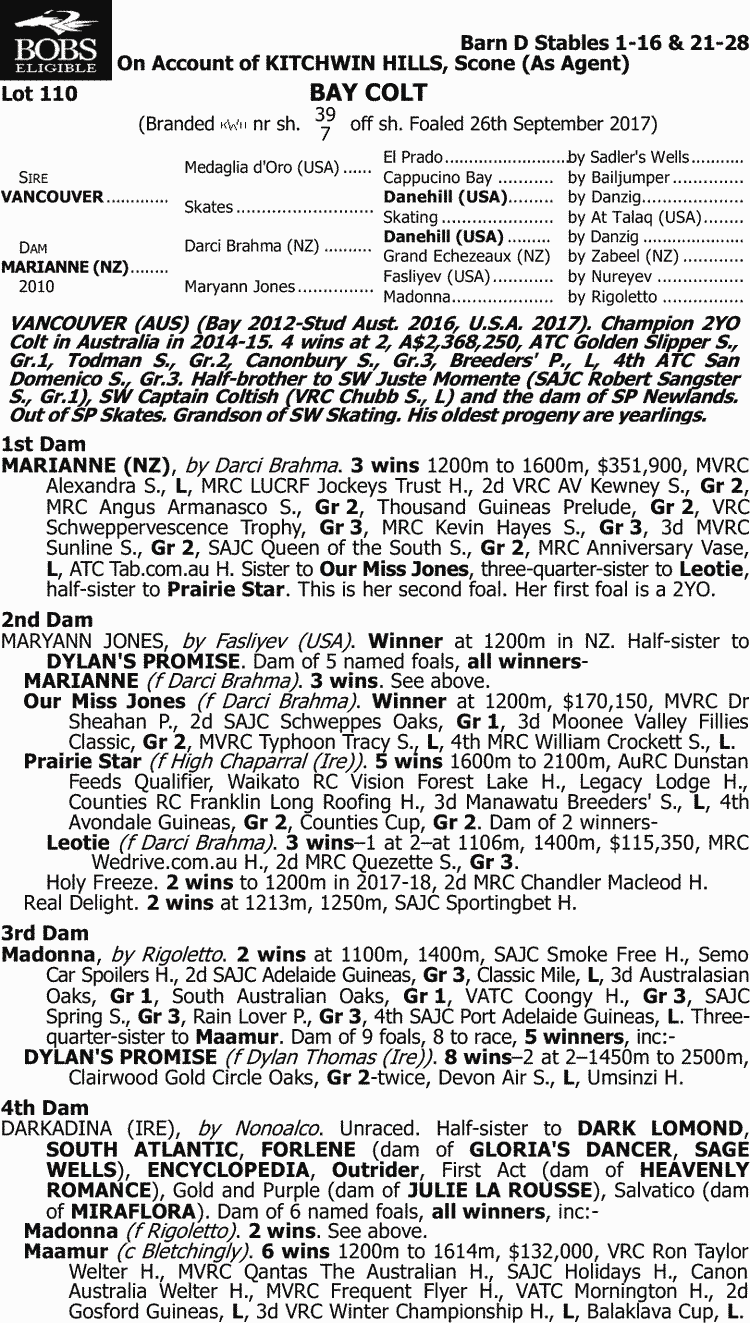