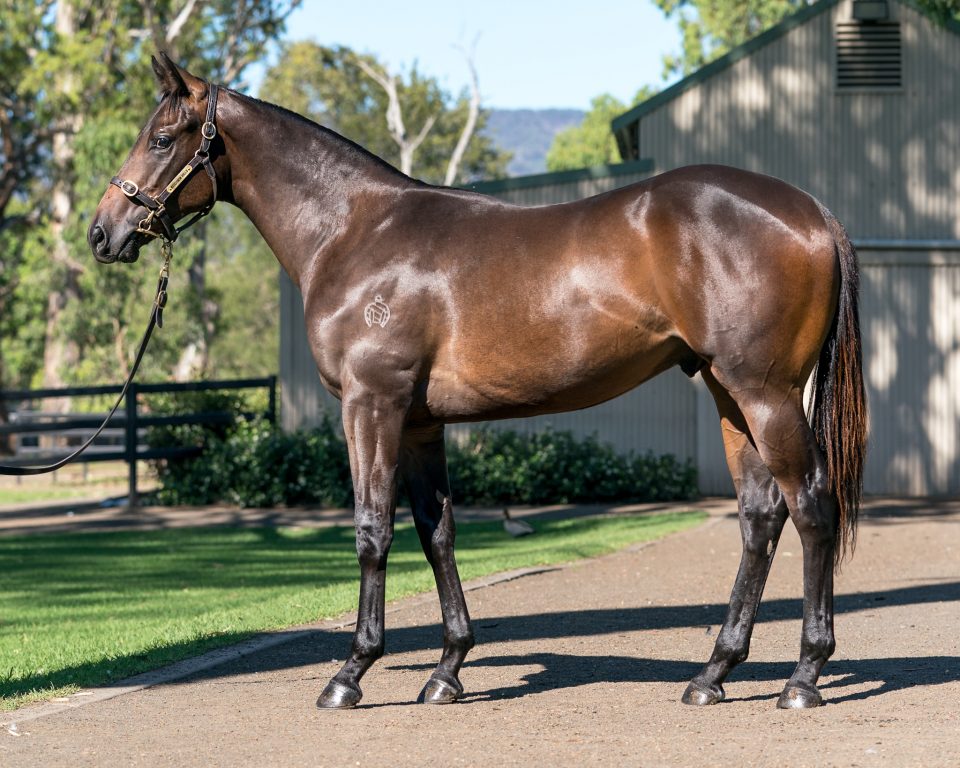 From the Stakes performer Miss Barwang (Anabaa) is this colt from the first crop of SNITZEL’S unbeaten 2YO SPILL THE BEANS. A graduate of the 2018 Magic Millions National Weanling Sale, this colt was one of the highest-priced weanlings sold by SPILL THE BEANS. He is the second live foal from Miss Barwang, with her first foal Splitlock (Bernardini) in the stable of Stuart Kendrick – he placed in two of his three starts at 2. Miss Barwang also has a 2018 filly by DUNDEEL (High Chaparral).

Miss Barwang’s third dam is the outstanding race mare THE DIMPLE (Noble Bijou), a 16-time winner and 9-time Stakes winner. Over 75% of The Dimple’s descendants are winners, and 18% are Stakes winners, headed by the Group One winning trio THE JEWEL, IRISH CHANCE and LA BELLA DIOSA.

There have been two runners who like this colt are by a son of SNITZEL and out of a granddaughter of ZABEEL, and both are winners, including SIZZLING’s 2YO winner and Group Three placed gelding Secret Blaze.