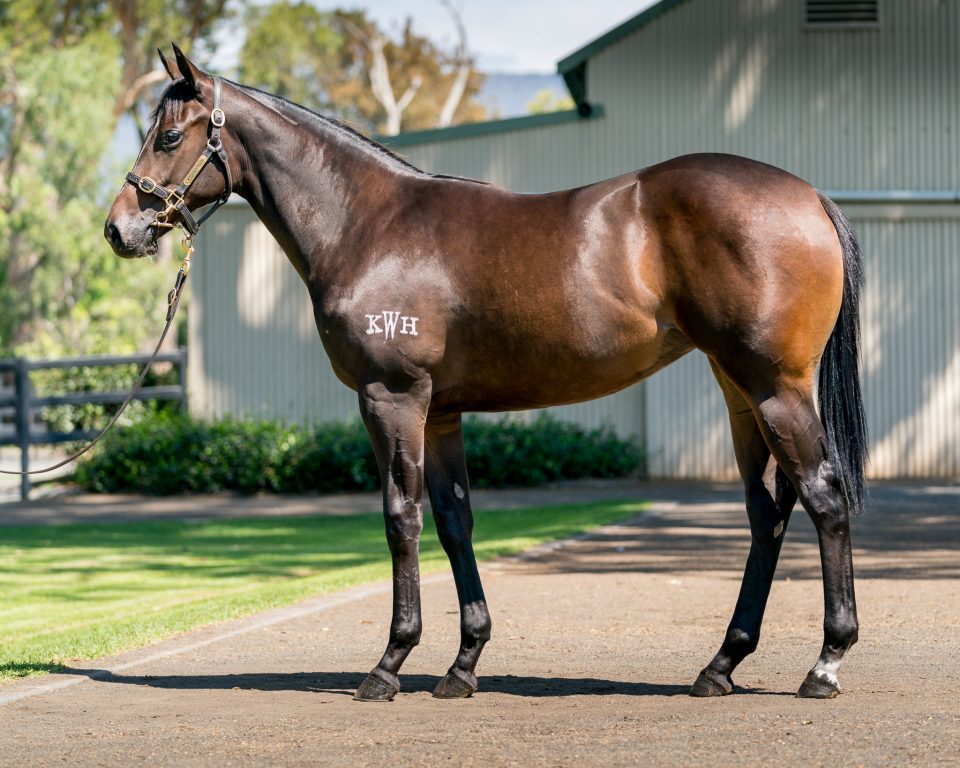 The second foal of stakes placed Cecconi mare Precious Sophia, a half-sister to THE TRAVELLING MAN.

Her first foal a Snitzel Colt, was sold last year for $300,000 to Gerald Ryan/ David Raphael, now named Ziedrich, trialled impressively behind $1.7million colt Spend. Gerald Ryan is wrapped with the colt who will either head to the trials again or races.

The ill-fated Hinchinbrook, who has produced the good fillies in Seabrook, Spright, Flying Jess etc, still operates at 65% winners to runners.

The mare has a Not A Single Doubt filly at foot, in foal to Russian Revolution- highlighting the residual value on offer with this filly. 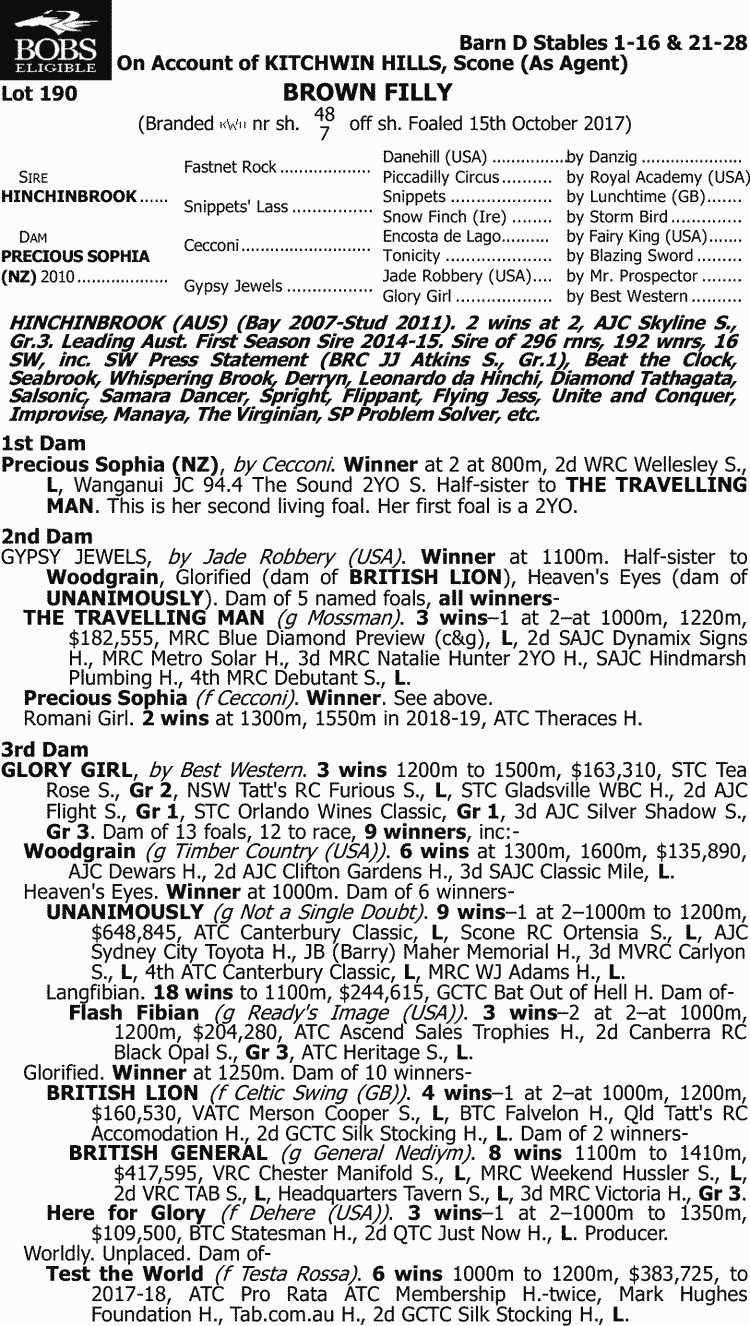