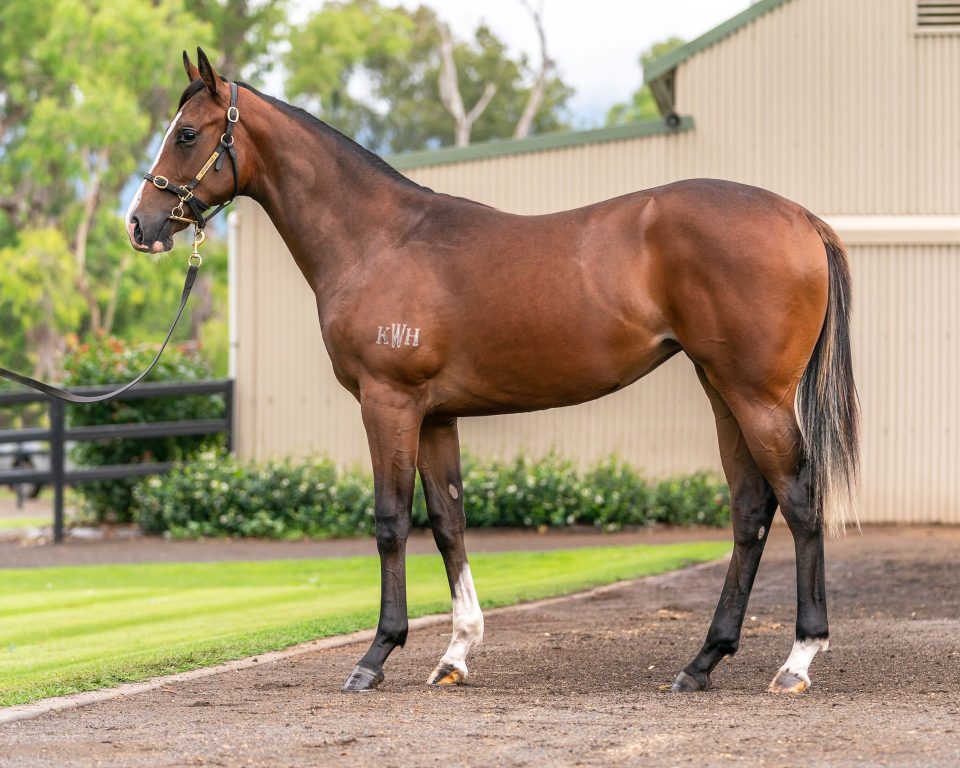 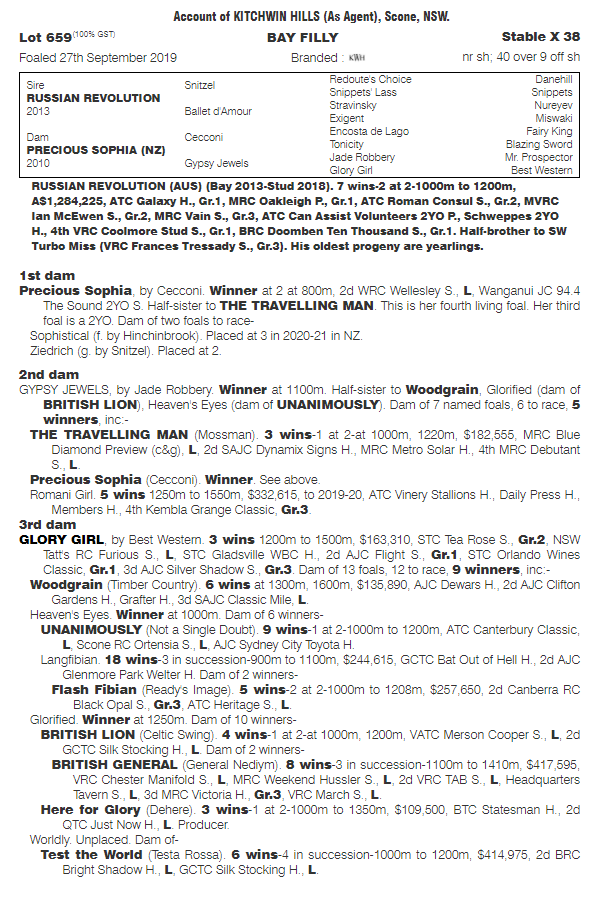 This filly is a queen and she knows it!

The mare Precious Sophia can certainly throw a type with this her fourth foal and a real star. For good sized mare she moves fluently and athletically and has good scope which we have noticed quite a few buyers mention amongst early parades comparing her to others by Russian Revolution.

Sophistical the Hinchinbrook filly sold at Easter in 2018 is now a winner since the catalogue was printed in NZ, while the 2yo Not A Single Doubt filly Villani has trialled twice and is now back in work with Mark Newnham.

Mark commented on Villani during his recent visit to the farm, “She has showed plenty during her early preparations which meant when she wasn’t quite ready for the Magic Millions race I wanted to ensure she was ready for the Autumn 2yo races as I can really see her measure up then.”

With two other fillies from the mare showing strong ability, the residual value of this filly is forever growing.