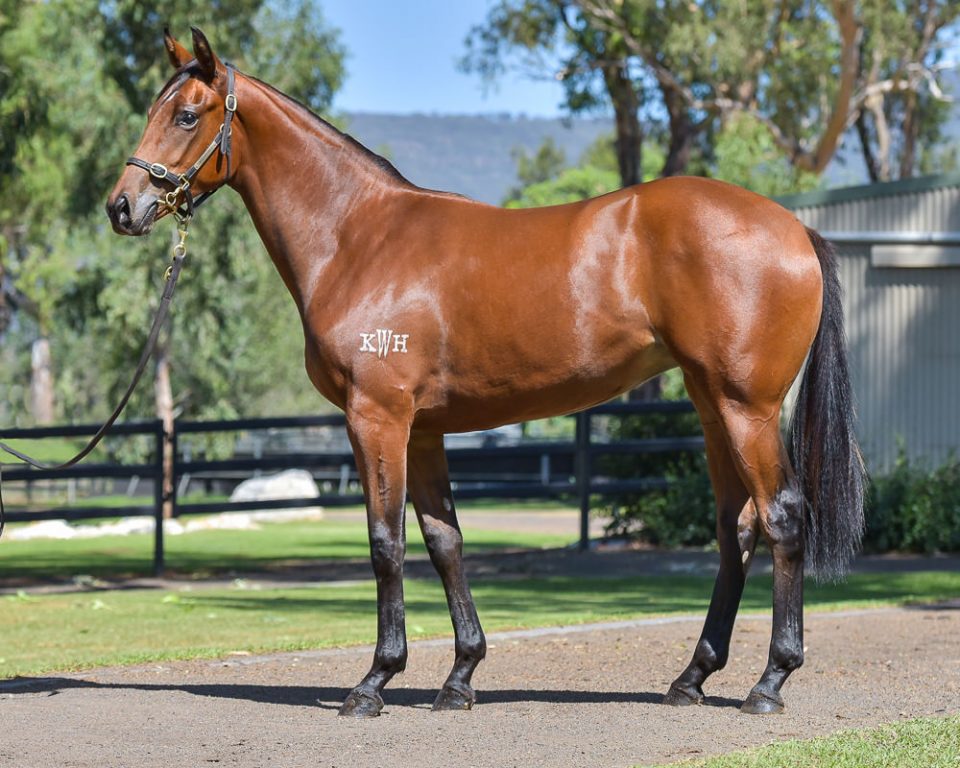 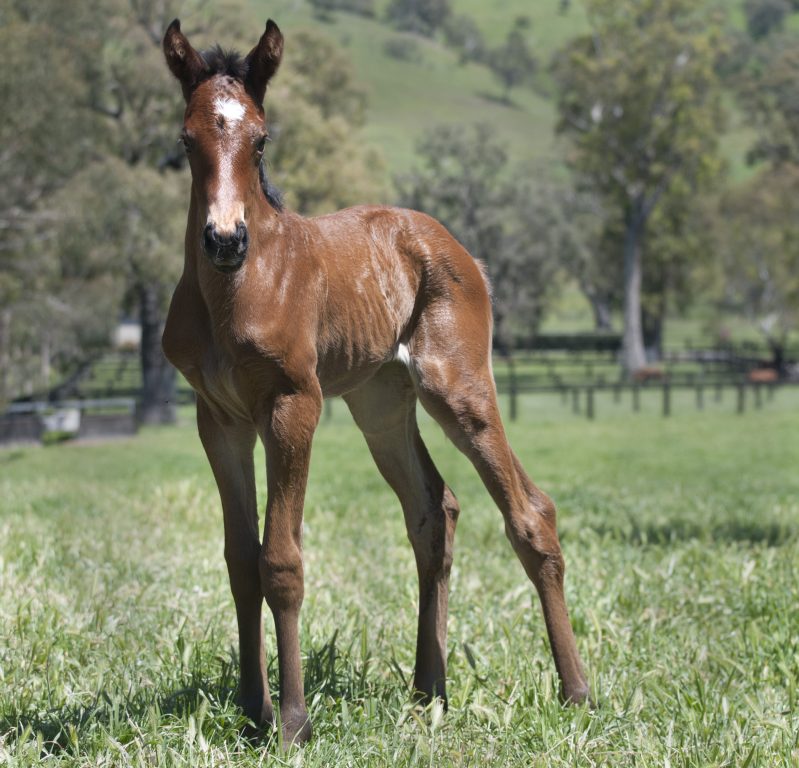 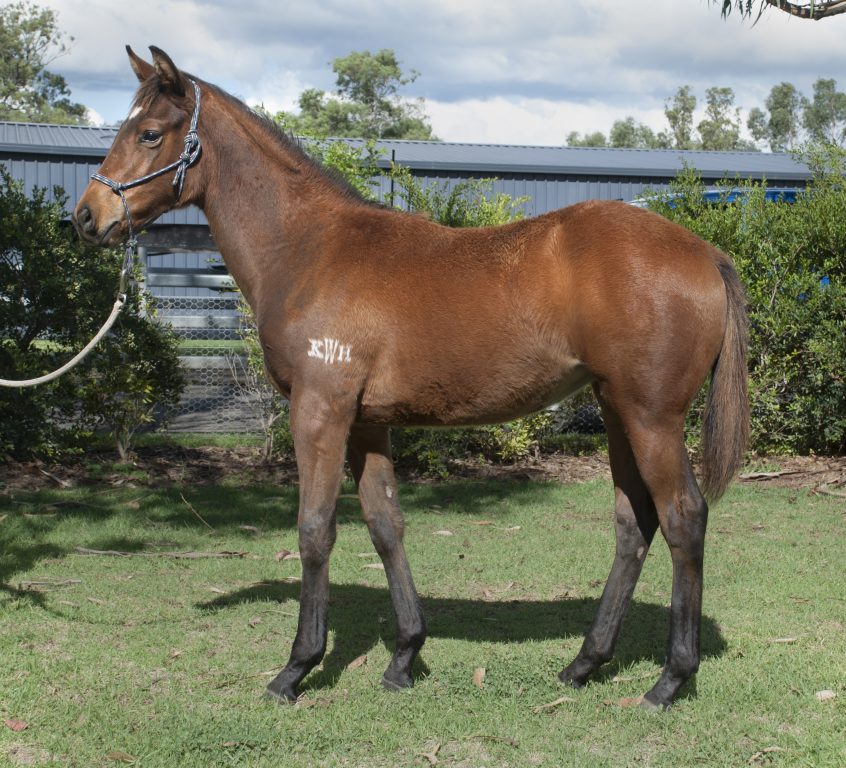 This filly is bred on one of the hottest crosses around – More Than Ready crossed with mares by sons of Danehill has an impressive winning strike rate of 71%, with 8% Stakes winners from 238 runners.

More Than Ready has just had a handful of runners from Fastnet Rock (Danehill) mares but these include the city winners Star of Africa and Hand From Above. 3YO Star of Africa, trained by Peter and Paul Snowden, is unbeaten in his two starts to-date.

Group 1 winners SEBRING and ENTISAAR are bred on this cross, as are the Group-winning fillies UNI, EKTIFFA, and SPRING HEAT.

Fastnet Rock is proving to be a very successful broodmare sire with nearly 9% of his daughters’ progeny winning or placing at Stakes level. The Group 1 winning sprinters TIVACI and SANTA ANA LANE are both out of daughters of Fastnet Rock.

Since this catalogue went to print, this filly’s half-brother Buckhound is now a winner.