She’s A Rainbow/ I Am Invincible 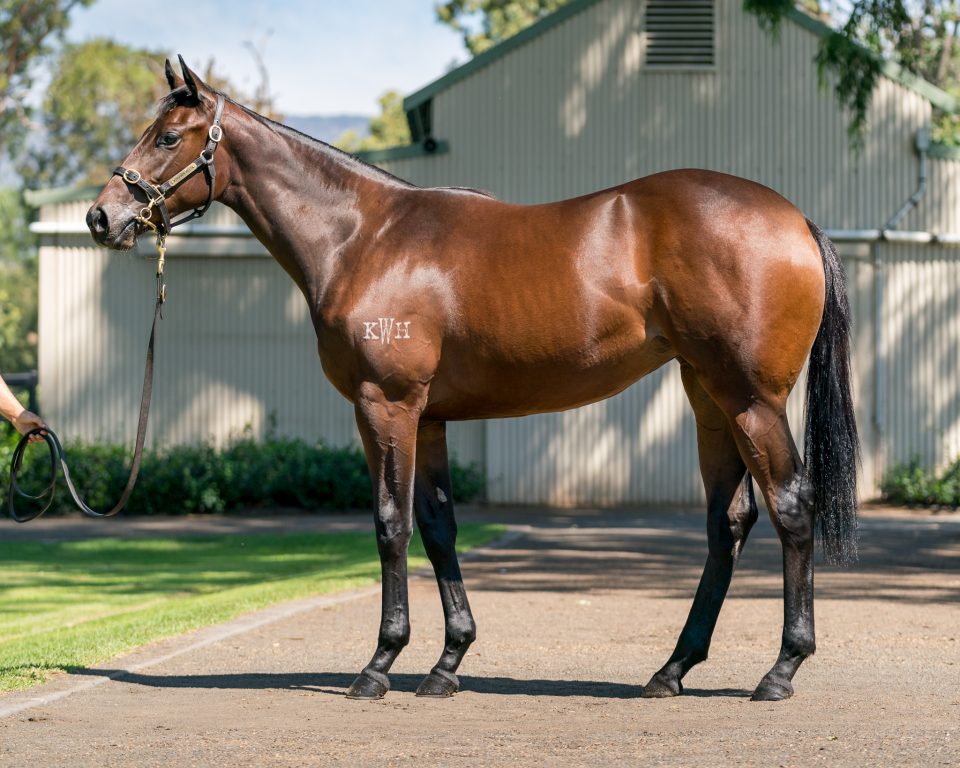 First foal of race winning mare She’s A Rainbow whose by the late Redoute’s Choice. This filly is bred on the same cross as speedsters HOUTZEN, OVERSHARE and stakes placed filly Viennese Star. The cross operates at a very high 16.5% stakes winners to runners.

I Am Invincible still the premier stallion in the country at 74% winners to runners, and a constant supply of new stock coming through to strengthen his name off an ever improving broodmare band.

A sharp and athletic looking filly who has thrived throughout the preparation and looks very much in the mould of an early I Am Invincible Filly. 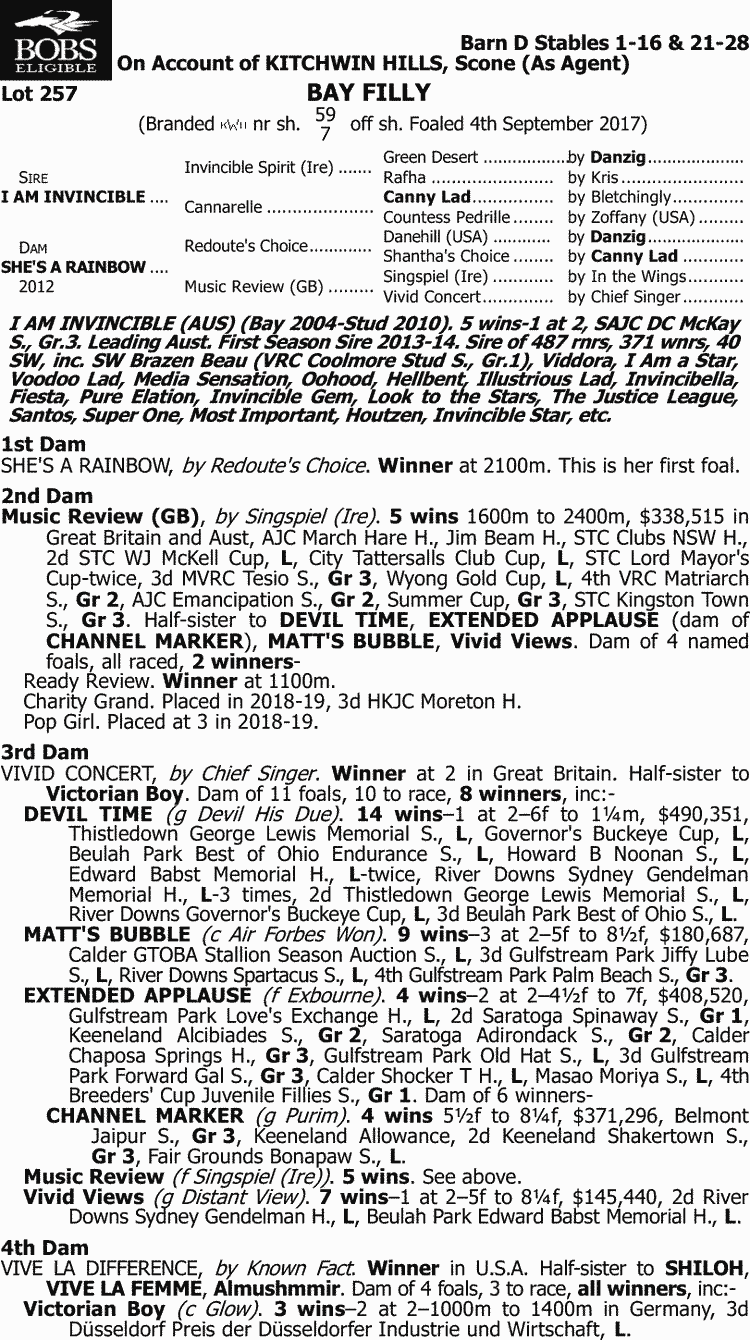