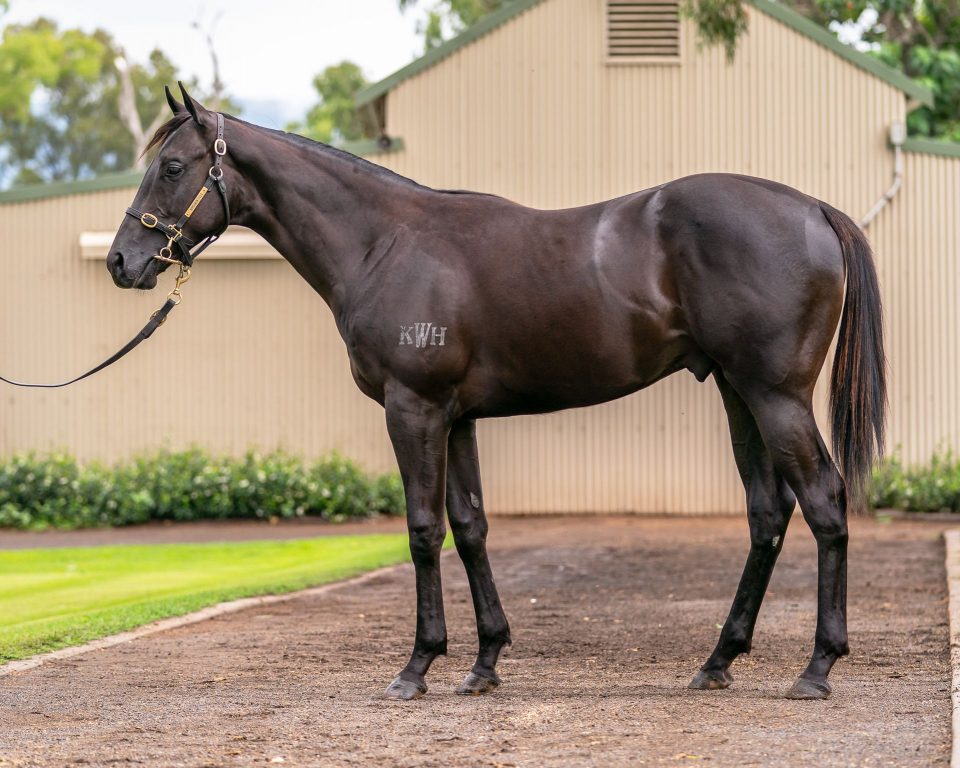 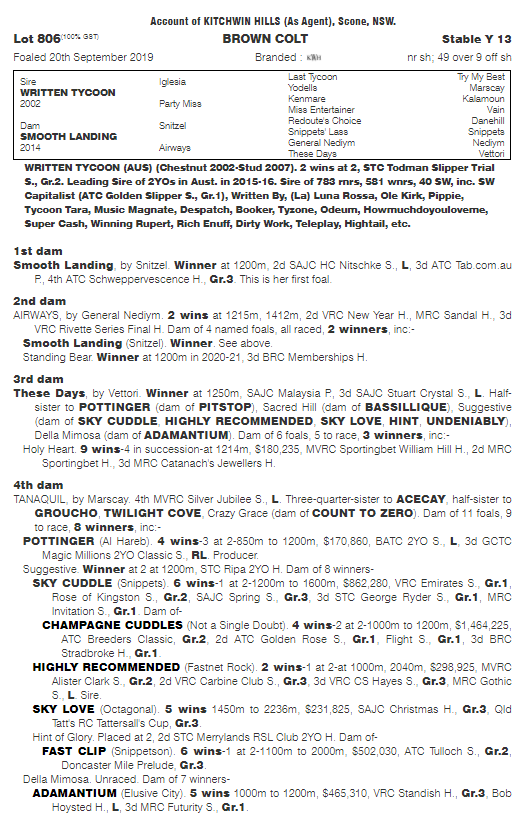 The first foal of the Snitzel mare Smooth Landing who had serious ability early days in her career, which then culminated in her placing at stakes level. Prior to that she was only a couple of lengths of Alizee in the Flight stakes at Group 1 level highlighting just how much ability she had against class mares.

As fate would have it her retiring in Victoria with the Lindsay Park team during the breeding season due to injury, she was covered by Written Tycoon who now goes from level to level seemingly since relocating to the Hunter.

This cross works exceptionally well on type, a neat Snitzel mare with Written Tycoon has produced a seriously athletic jet black colt who looks a ready made 2yo!