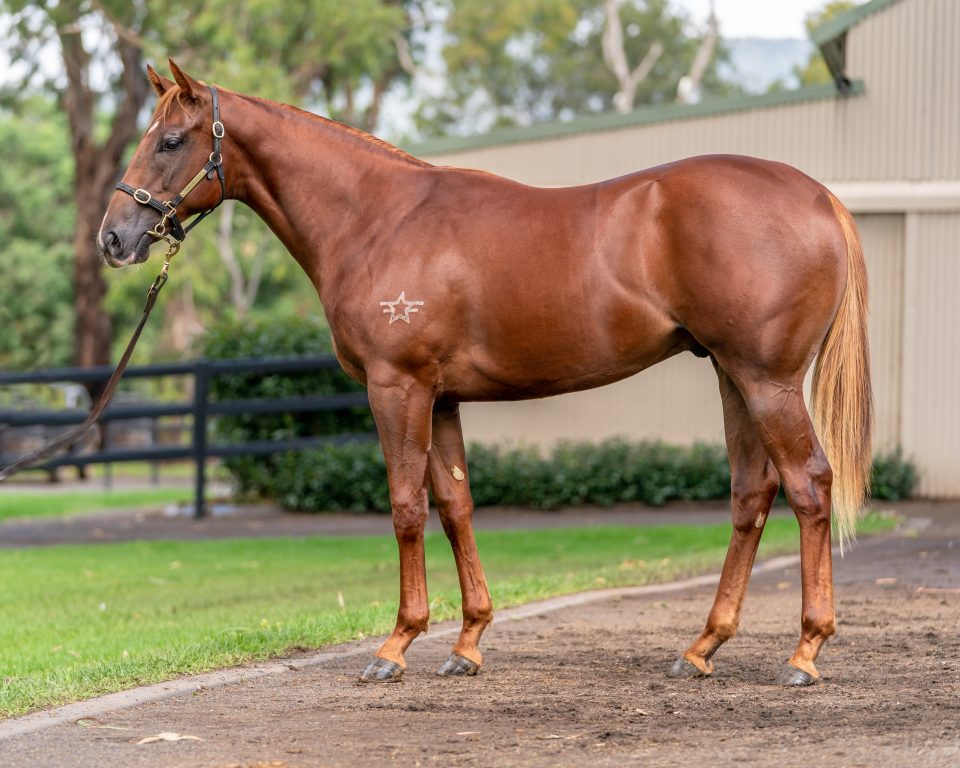 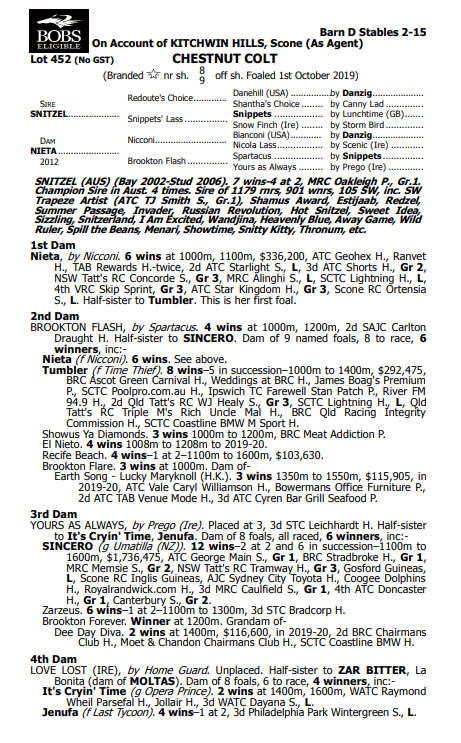 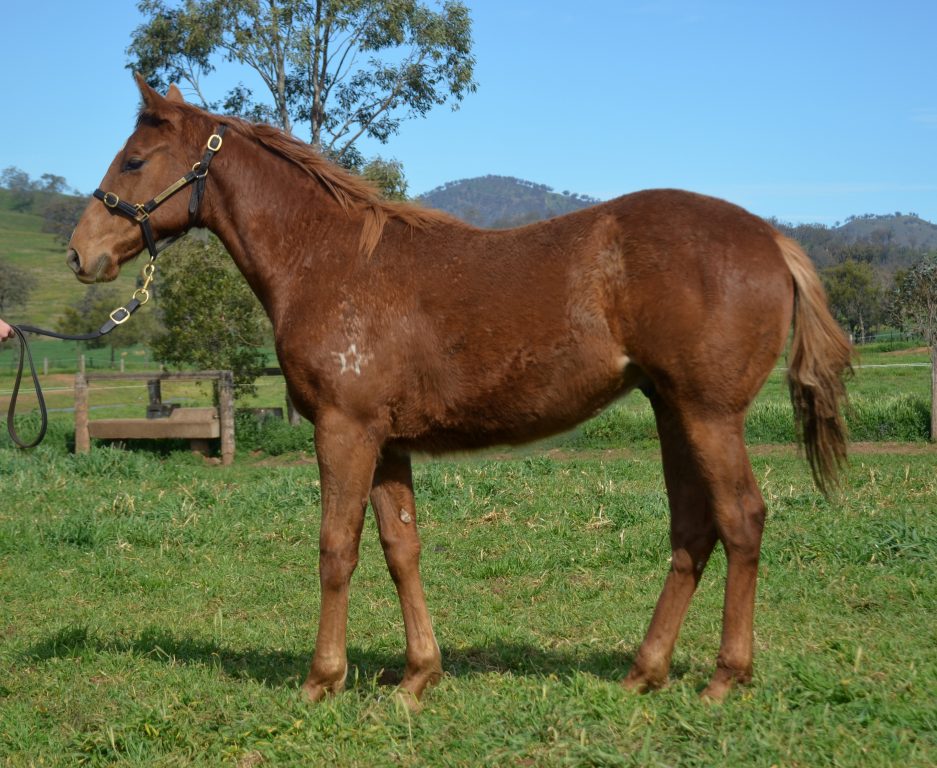 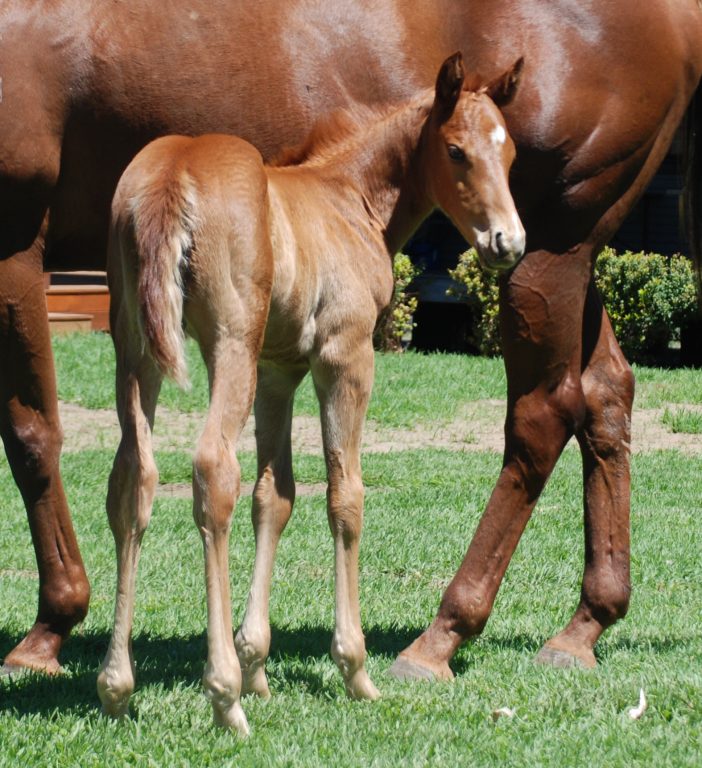 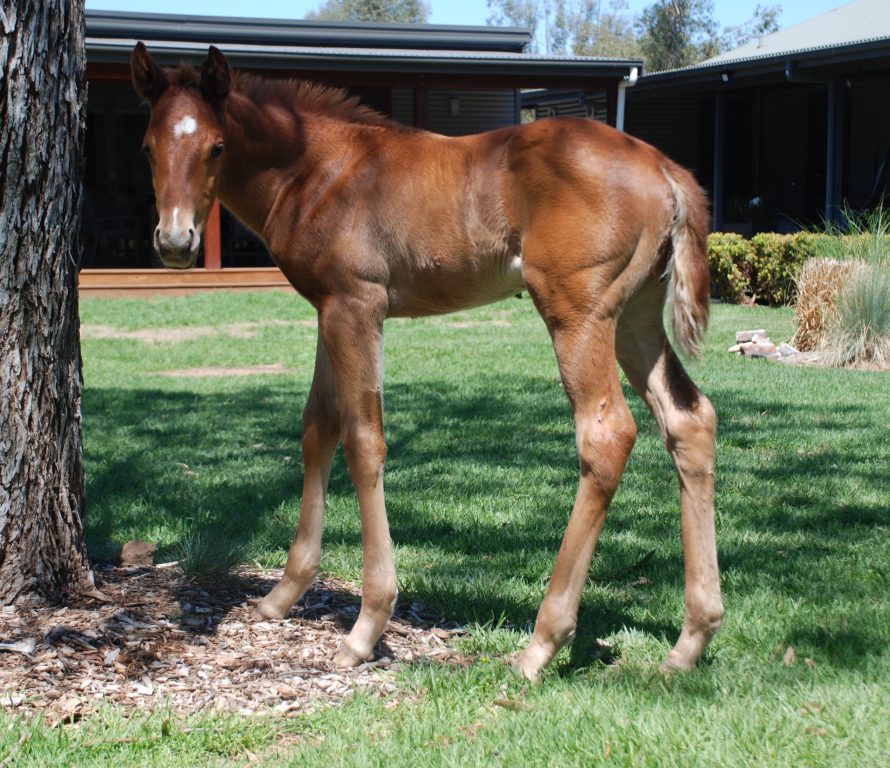 The first foal of Group 1 performed, Group 2 & 3 placed Nicconi mare Nieta. By the champion sprinting sire in SNITZEL, this colt is bred speed on speed. Nieta is a half sister to Tumbler. Nieta, an impressive race mare herself, a winner, and placed in the Group 2 Concord, the first filly over the line behind REDZEL and SPIETH.  A similar ending in the Group 3 Alinghi stakes behind REDZEL and BALL OF MUSCLE. Nicconi, the sire of NATURE STRIP quickly cementing his name as the speed sire. The colt physically matches his mother and fathers speed factor. From the same family as Group 1 winner SINCERO.

With great substance and length, he is short coupled and a has a straight forward attitude, he shows every ounce of being a sprinter. He has always had impressive natural muscle definition even as a early weanling, and he has only relished in his time during prep proving his quality, and cementing that our high opinion of him from day 1 has always being warranted.