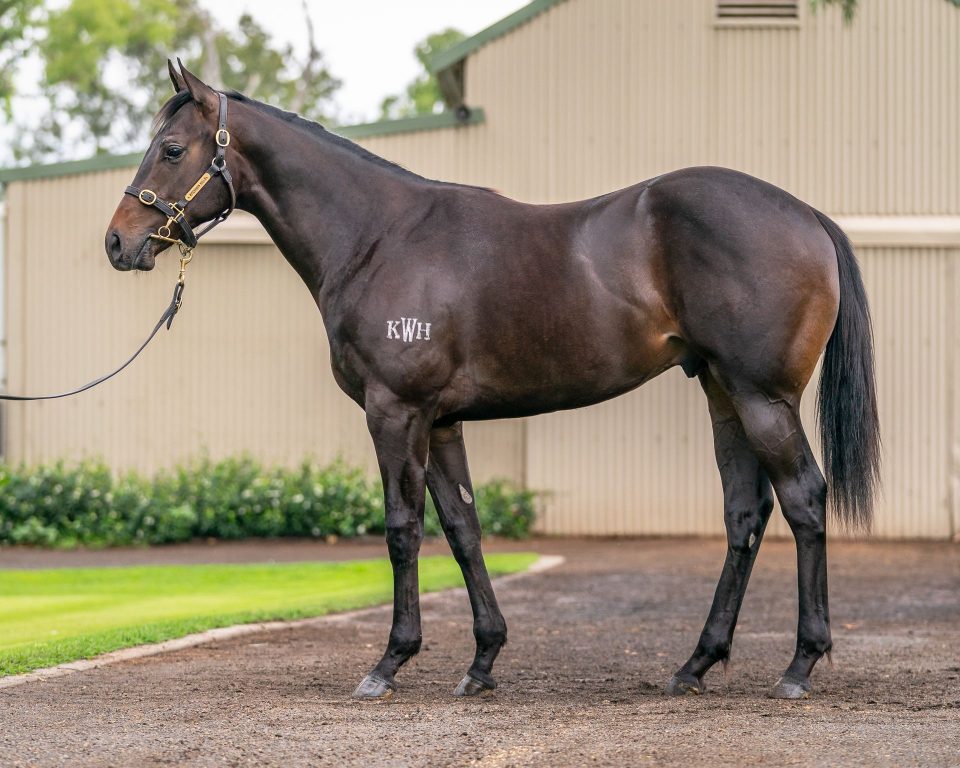 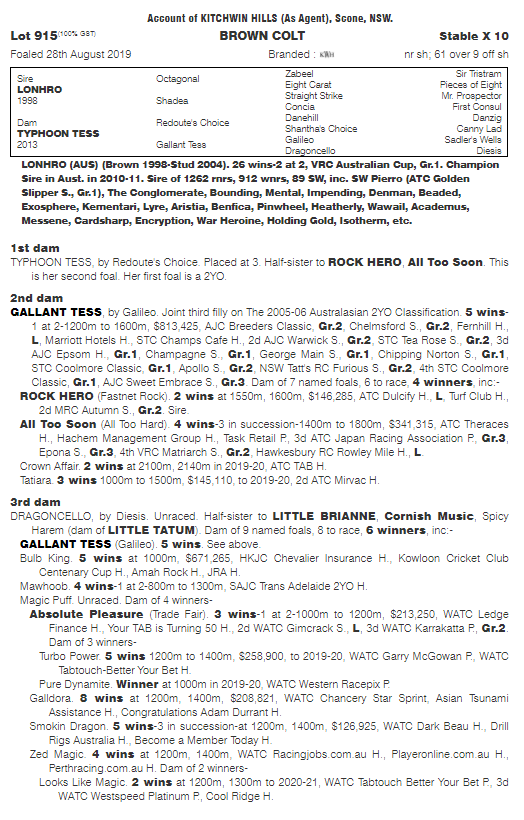 One of the standout colts of our draft, the Lonhro/Galileo mating on type has worked phenomenally to produce a neat, compact & athletic colt.

While statistically the cross is just starting to gain momentum with it being done sparingly in the past. The impressive stakes placed Wheelhouse (Pierro) has run 2nd each time from his three starts  including the listed Fernhill stakes, a race this colts Grand Dam GALLANT TESS won as well complimenting her multiple Group wins.

With such a fluent action this colt uses his whole body when he moves, which his professional attitude lets him showcase every parade.

Typhoon Tess’s first foal by Sebring Brave Boy is with Brad Widdup at Hawkesbury and working towards the trials in the coming weeks.