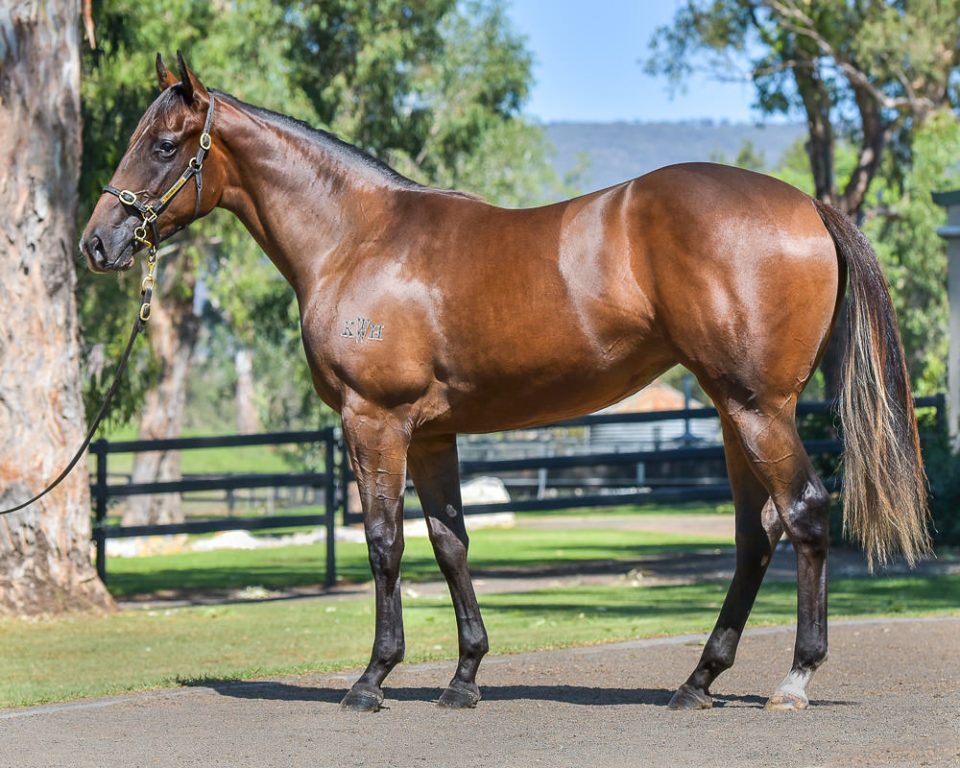 This filly is the first foal from Villa Splendido (Holy Roman Emperor), who is a Stakes-placed half-sister to the Group 3 winner NOVEMBER FLIGHT. November Flight is the dam of the Group 3 winners ASHOKAN and PIERATA. Since this catalogue has been printed Pierata has added more Stakes success to his resume and also placed 2nd in the Group 1 Randwick Guineas. He is nominated for the Group 1 Doncaster Mile.

Dream Ahead (Diktat) is proving to nick very well with granddaughters of Danehill. From just 54 runners to-date bred in this way five (over 9%) are Stakes winners and include the Australian-bred trio DREAMS APLENTY, AWAKEN and GENERALISSIMO. Both Dreams Aplenty and Awaken have, like this filly, Zabeel as their second dam sire.

Dream Ahead has had 2 runners from Holy Roman Emperor mares – Chatburn and Imagine If, both of whom are 2YO winners in Europe.