A stallion walks into a bar… 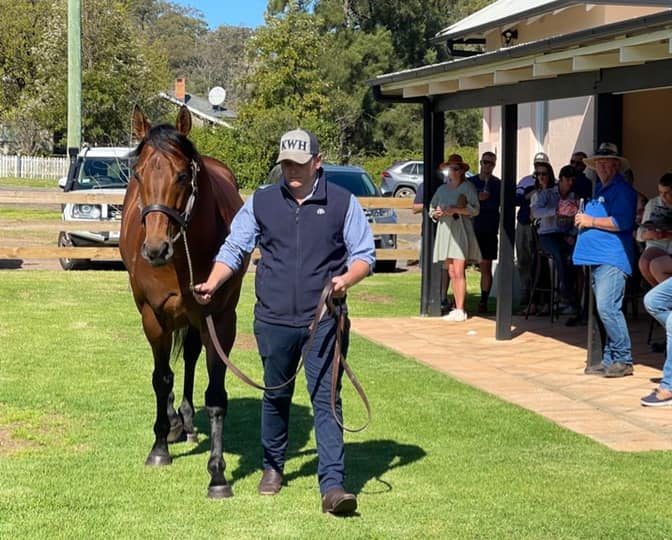 Stud Master Mick Malone and the team here at Kitchwin Hills are pretty well known for their innovation and thinking outside the box, and true to form this week was Mick when he suggested a stallion parade be held at the local pub!

Graff (Star Witness) was greeted at the Linga Longa Inn by some 30 guests on Monday afternoon where some of the industry’s biggest player’s inspected the new season sire, with plenty of positive feedback.

“He behaved impeccably and it’s a real testament to his temperament and to me really shows why he such a tough race horse, he has a really good brain for the job and we have all the confidence that he’ll pass that onto his stock,”

The stallion market has always been and still is extremely competitive and during times like this, being in and out of lockdown it was important we took the opportunity while we could to show breeder’s the horse in the flesh, it’s such an important thing for breeders to inspect a first season sire before making their decision. 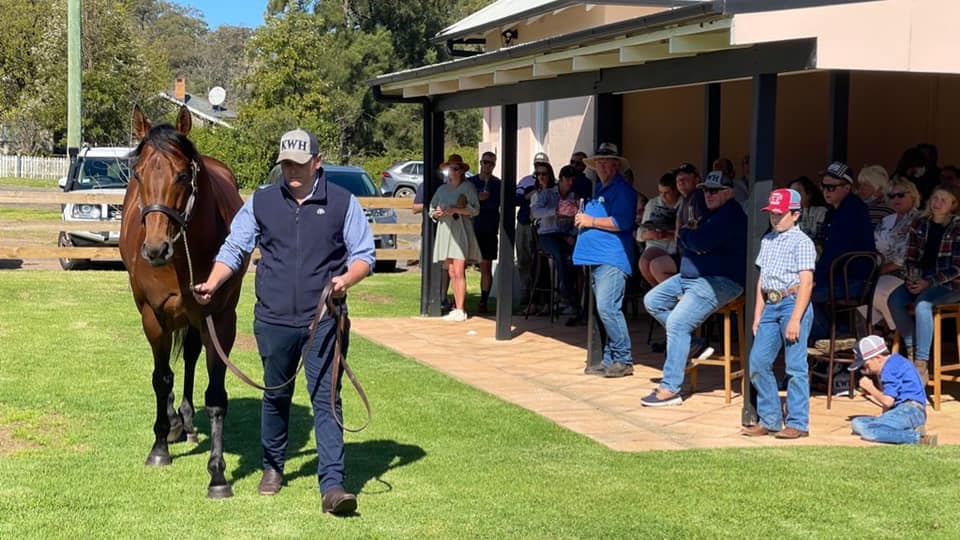